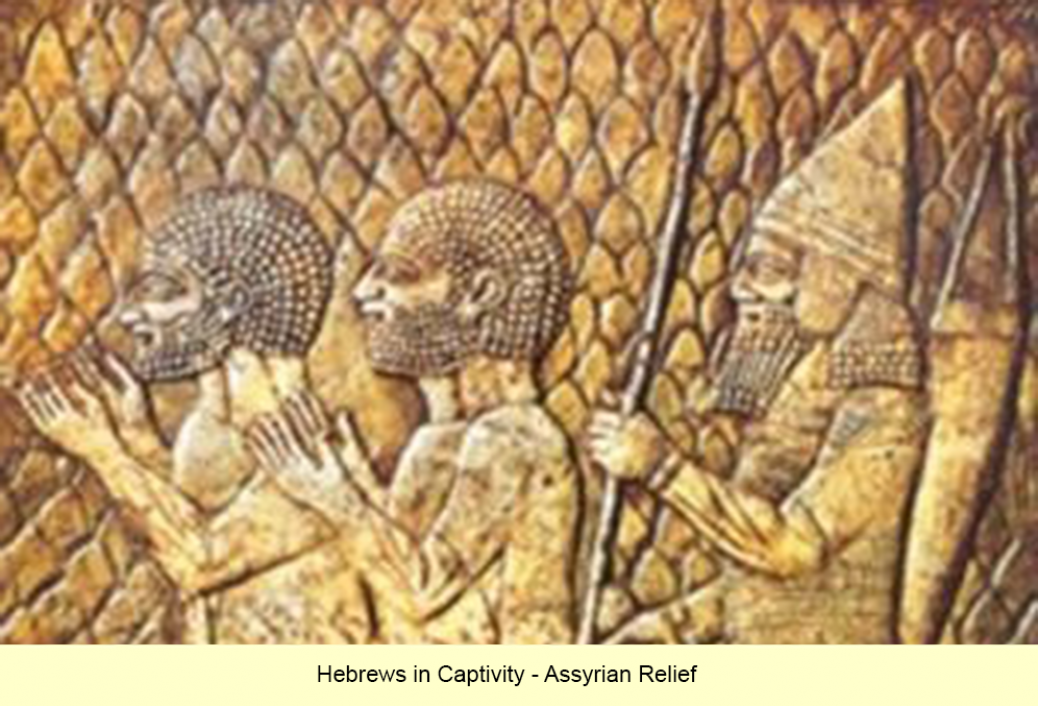 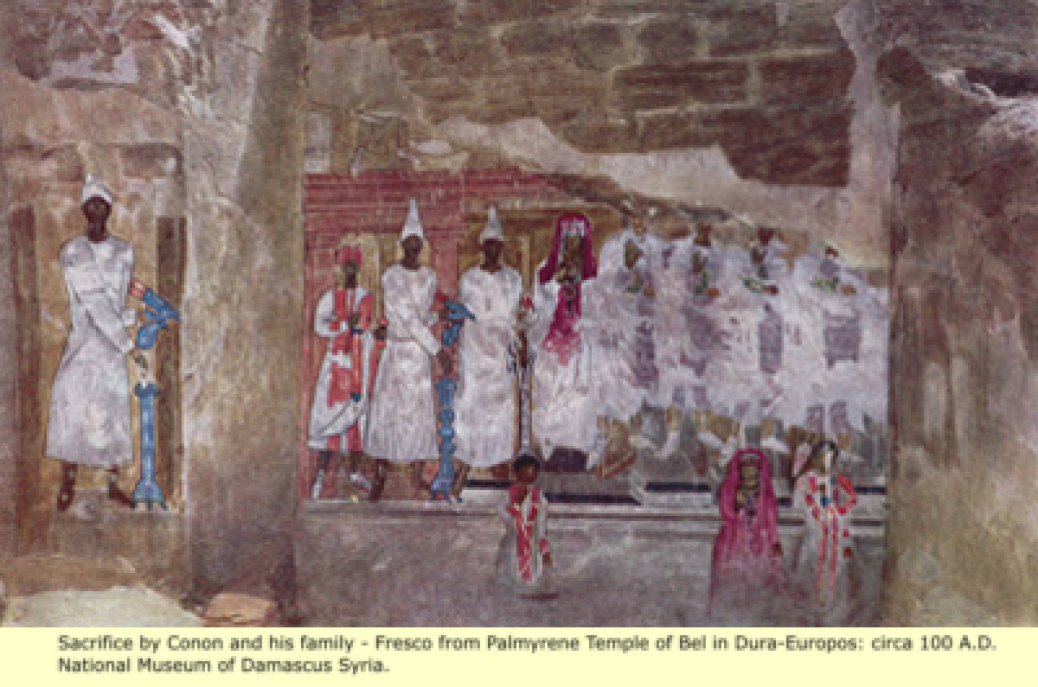 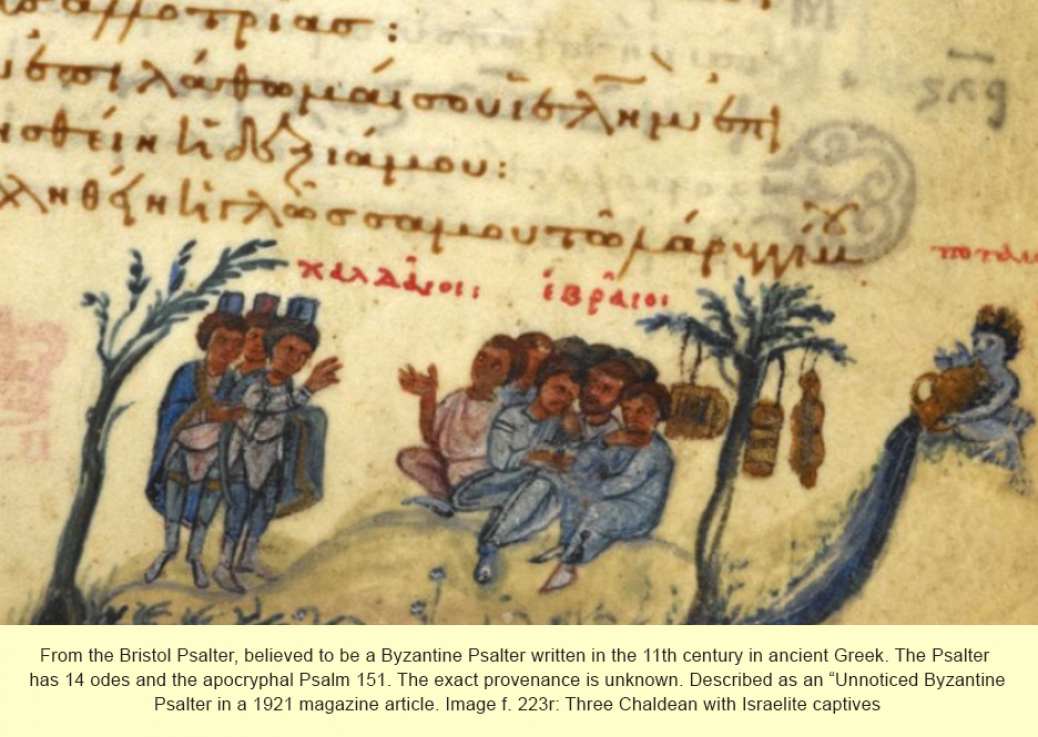 In the Book of Sulayman ( Song of Solomon) 1:5, we can read this historical, symbolic and prophetic statement : ” I am Black and Comely , O Daughters of Jerusalem, Black as the Tents of Kedar, Black as the Curtains of Sulayman”. Kedar is the noble ancestor of Prophet Muhammad sallalahu alayhi wa alihi wa Salam and his Purified Descendance, the Ahl Al Bayt. The Last Prophet and his Ahl Al Bayt are refered here by the black and israelite prophet Sulayman as the “Tents of Kedar” which are as black as the “Curtains of Sulayman”.

For over two thousand years since Europeans have dominated the world, the illusion that the ‘Chosen People’ are white dominated the world. In the face of Biblical evidence to prove the contrary and with the truth finally beginning to emerge, there are still those amongst black people who continue to remain in spiritual bondage and cling to this lie. “What difference does colour make?” Some may say in order to evade the issue. The difference that colour makes is the difference between the truth and a lie.

When the new Pharaoh of Egypt promulgated an edict of genocide to cast all the Hebrew male babies into the Nile river, Miriam and her mother hid the baby, Moses in the bulrushes. When Pharaoh’s daughter came down to the Nile to wash herself, she saw the basket and the baby. Pharaoh’s daughter knew the baby was a Hebrew and she adopted him. Moses was then raised in the house of Pharaoh as his grandson. If Moses had been a white child he would have stood out like a sore thumb. It would have been impossible to conceal him because the Egyptians are a dark skinned nation. If we turn our attention to Exodus and the miracle G_d showed Moses we are told:

Exodus 4:6, “And the Lord said furthermore unto him, Put now thine hand, into thy bosom (chest). And he put his hand into his bosom: and when he took it out, behold, his hand was leprous as snow.”

Leprosy is a desease that turns the skin white. The miracle was to turn Moses’ hand white. He was then told to put his hand back into his bosom again and as the Bible says, ‘…behold, it was turned again to his original flesh’. Common sense tells us that if Moses had already been a white person, this miracle would have been impossible to perform. Once the skin had been turned leprous and white it returned to its original flesh. If the miracle was to turn it white then the ‘original flesh’ would have had to have been black.

Continuing with the story of Moses, after he had slayed an Egyptian for smiting a Hebrew, he fled to the land of Midian. While he was there the Bible tells us a story of how he helped the daughters of Jethro to water their flocks. Upon her return, when she was asked by her father why she returned early she replied:

Exodus 2:19 “… An Egyptian delivered us out of the hand of the shepherds”

Moses was described as an Egyptian (Kemet ). The Egyptians are black.

In the book of Leviticus the thirteenth chapter it further sheds light on the fact that the Israelites were black. The Biblical laws of leprosy is the skin turning white! In other words, to have white skin according to the Bible is to have the curse of leprosy!

To prove this point further we need to turn to the story of Miriam. Miriam, Moses’ sister was cursed because she grumbled against Moses having an Ethiopian wife.

In Numbers 12:9-10 it says, “And the anger of the Lord was kindled against them; and he departed. And the cloud departed from off the tabernacle; and, behold Miriam became leprous, as white as snow:”

This scripture proves two things. For Miriam to have been turned white she would have had to have been black to begin with, and to repeat the point I made earlier, to have white skin according to the Bible is to have the curse of leprosy! This refutes the spurious claims made by white Christian fundamentalist groups who have taught for hundreds of years that to be black is a result of a curse!!! It is the contrary. These laws of leprosy were given to the nation of Israel and they could not apply to white people.

Next we turn to the story of David when the prophet Samuel was secretly sent by G_d to anoint him king in Bethlehem.

In I Samuel 16:12 the Bible describes the future king of Israel by these words, ” Now he was ruddy, and withal of a beautiful countenance,…”

In his book “Ancient and modern Britons,” David Macritchie, refers to the word ruddy: “Again, it was noticed that the adjective ruadh,-or as we now pronounce it in “English,” ruddy and red-signifies both black and tawny, and red, or ruddy,…” He also goes on further to explain, “Also that dearg, which is understood to mean red in “Gaelic,” has become dark…” (pp.377)

Now if his father David was black, his son Solomon would have had to be black. Just as the Bible describes David in the verse above as ruddy (black) and beauiful, Solomon describes himself in the same way.

In the Song of Solomon 1:5, Solomon says, ” I am black, but comely (beautiful), O ye daughters of Jerusalem, as the tents of Ke’dar…”

The Bible compares the Isrealites and the Ethiopians together.

In Amos 9:7 the Bible says, “Are ye not as the children of the Ethiopians unto me, O children of Israel?”

The Roman historian Tacticus wrote that many of his time believed that the “Jews were a race of Ethiopian origin”. Keep in mind that in Tacticus’ time there was no country called “Africa”. The whole of Africa was called Ethiopia. In other words, The Israelites were of the black race!

Moving to the New Testament we turn our attention to the descentant of David and Solomon, Christ. In Matthews 2:13-14 we read that when Christ was a child Herod made a decree that all Hebrew males be killed. Fleeing for the saftey of their child we are told that Joseph and Mary ran into Egypt to hide among the Egyptians. As mentioned earlier, with the example of Joseph, the Egyptians and the Israelites are similar in appearance. Being in Africa, a land of black people, Christ and his family could disguise themselves among the Egyptians.

When we turn to the book of Revelations John the revelator gives a detailed description of Christ he writes:

Revelations 1:14-15 “His head (the hair on his head) and his hairs (his beard) were white like wool, as white as snow (fully grey) and his eyes were as the flames of fire…and his feet like unto fine brass as if they burned in a furnace…”

Now there are two things to gather from these verses. The first is the texture of Christ’s hair and the second is his skin colour. When you read the beginning of the verse his texture of hair is described as being like wool. Wooly hair is black hair. Next it describes the skin colour of Christ’s feet. Keep in mind that your feet is the same colour as the rest of your body. John describes it as being like brass. Now brass is a derivative of brown. It is a copper colour. Now if you take brown copper and burn it in a furnace (oven), it will turn jet black. As a matter of fact, if you take anything and burn it in an oven it will turn black!

Josephus a Jewish historian of the first century said that Christ “was a man of simple appearance, mature age and dark skin”