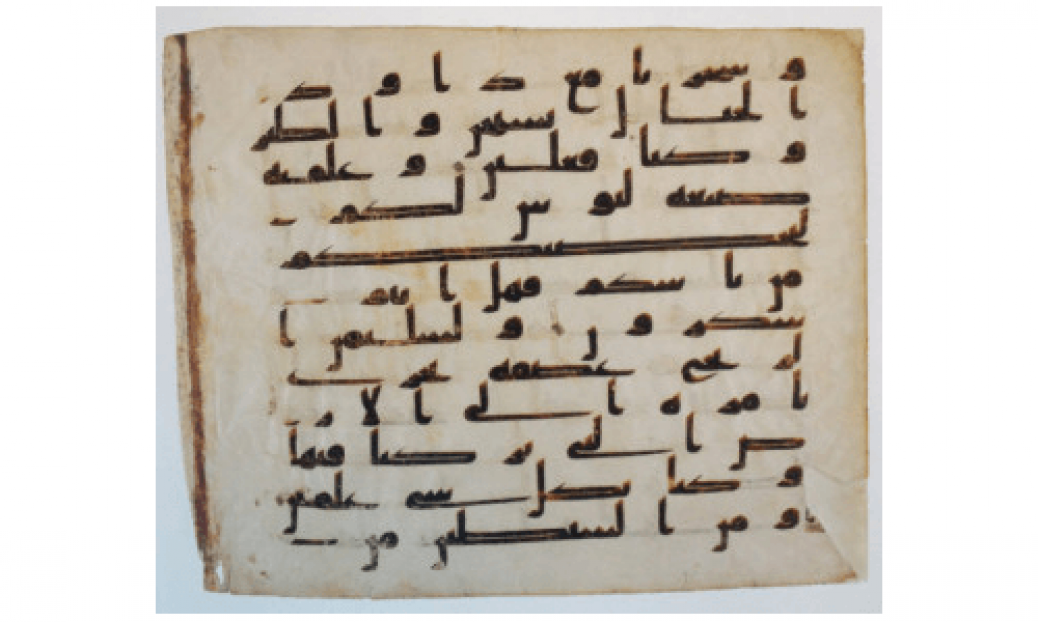 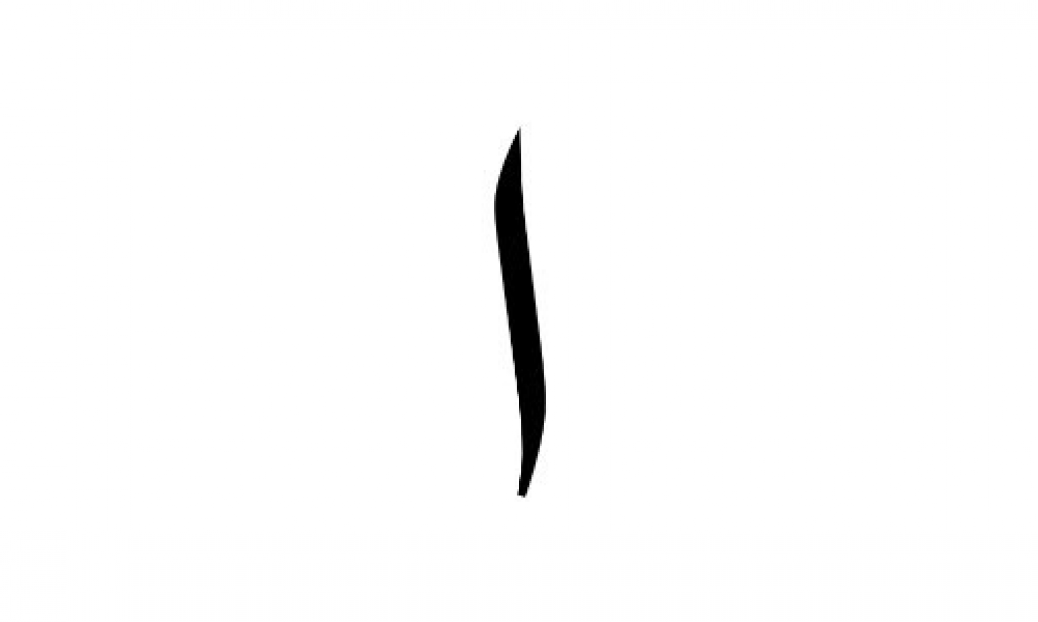 The First Imâm of Islâm ‘Ali ibn Abi Talib – Alayhi Salâm-, Cousin and Son-in-law of Rassul’Allah Muhammad – Sallalahu Alayhi Wa Âlihi Wa Salam – is well known as the designer of the Kufic script, the first historically recorded normalized and structured development of arabic خط اسلامي [Hatt Islâmi : Islamic Calligraphy]. Kufic is the oldest style of Quranic calligraphy, named after the city of Kufa in Iraq, where the script is recorded to have originated. Imâm Ali taught that each letter of the alphabet has not only an outward form, but also an inner meaning. Indeed, besides their natural and well known roles as Preeminent Teachers of The Authentic Islamic Modalities of Faith, Reason and Action, Rassul’Allah and His Noble Ahl Al Bayt, The Twelve Imams  are also the Initiators and Developers of the Noblest Form of Islamic Art: Hatt Islâmi .

The revealed Surah العلق ( Al ‘Alaq | Qur’an 96) of the Noble Qur’an, Allah -Azzawajal – mention Writing and The Pen. Profound importance and appreciation in our Dîn ( Source of Guidance, Way of Life and Ultimate Destination of Retributions) is attached to Knowledge and consequently to the Mediums of Knowledge. Esthetics is also a fundamental component of Islamic Discursive Sciences ( ‘Ilm ) and Intutive Sciences or “Gnosis” ( Ma’arifa ) . 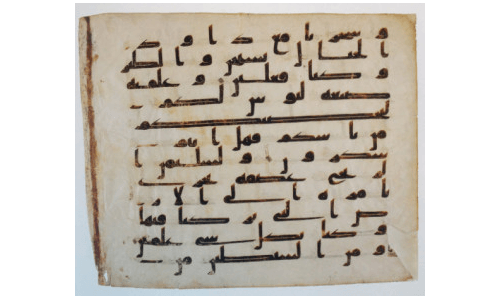 Following the dawn of Islam and declaration of the seal of prophets, the civilization of the region was profoundly transformed, which in turn left its mark on writing system and calligraphy of the region. Eventually the `Syriac’ ancestor gave way to the `Kufic’ script, as the “Naskh” script was driven from its “Nabitean” ancestor. A close study reveals the fact that both these languages are fully developed versions of their ancestors. Further more, in the process of their development, they gained delictely progressed along with apparent changes in the Geometry of symbols or letters. Indicating this maturity even in their shape and poise. It seems relevant to note that primarily “Kufic” script was called “Heyri” script, pointing to its line of descent in Heyreh.
It was only in the later years after the Muslims built “Kufah”, that it became known as “Kufic”, reminding that the script is attributed to “Kufah”.
Historical evidence suggests that at the dawn of Islam, very few people particularly from Hejaz could read and write. At that time, the art of reading and writing was of little importance to the Arabs. As a result there were only a handful of people who were able to read and write among them were: Ali bin Abi Talib (Alayhi Salâm), Umar bin Khattab and Talha bin Abdulla who were among the companions of Rassul’Allah – Sallalahu Alayhi Wa Âlihi Wa Salam – were considered to have mastered their education.
A renowned writer, during the period of the Umayyads, who was privileged enough to write down the Divine Revelations of the Holy Qur’an was “Qotbe”. It is widely believed that he was capable of writing four different forms of the “Kufic” script. According to historical indications, translation of scientific literature was promoted at the time of the Umayyads, but it reached its peak and establishment as a great scientific movement known as the “Movement of Translation” during the reign of Abassids. Following the establishment of this Movement, a large number of Greek literature and works of great scholars such as: Galenus, Aristotle, and Plato, were translated into Arabic.
The encouraging influence of the Movement led to promotion of experiments in creating new scripts. Thus during Abassids’ period, particularly at the time of Caliph Ma’mun, a lot of attention was paid to handwriting and calligraphy. So the artistic spirit of the Arabs found certain distinctive Arabic symbols and words inspiring, so in the height of enjoying calligraphy the “Kufic” script was represented almost in 20 different forms.
It is paramount to mention that in the beginning the “Kufic” script lacked flourishes representing vowels, so it writing was actually incorrect, therefore, it presented unforeseen difficulties in reading the letters. In principle, vowels weren’t marked, until a distinguished student of Imam Ali (Alayhi Salâm) called Abu Aswad Douely introduced additional signs to help the reader in pronouncing the vowels. So in due course, by using three basic signs above and below the line, the vowels came to be marked and representing corresponding sounds that were in the Arabic language. 2
Abu Aswad Douely by using his signs and a system of dots placed above or below a letter, referred to as “vowels points”, and also to extra consonants which exist in Arabic, established a new order of the sound alphabets, which was largely based on the basis of the shapes of the letters and represented sounds that exist in Arabic language.
At the time of using dot system, it seemed as inevitable necessity, because in practice a letter without a dot could be read in various different ways corresponding to different meanings.

Read More About the Twelve Imams of Islâm