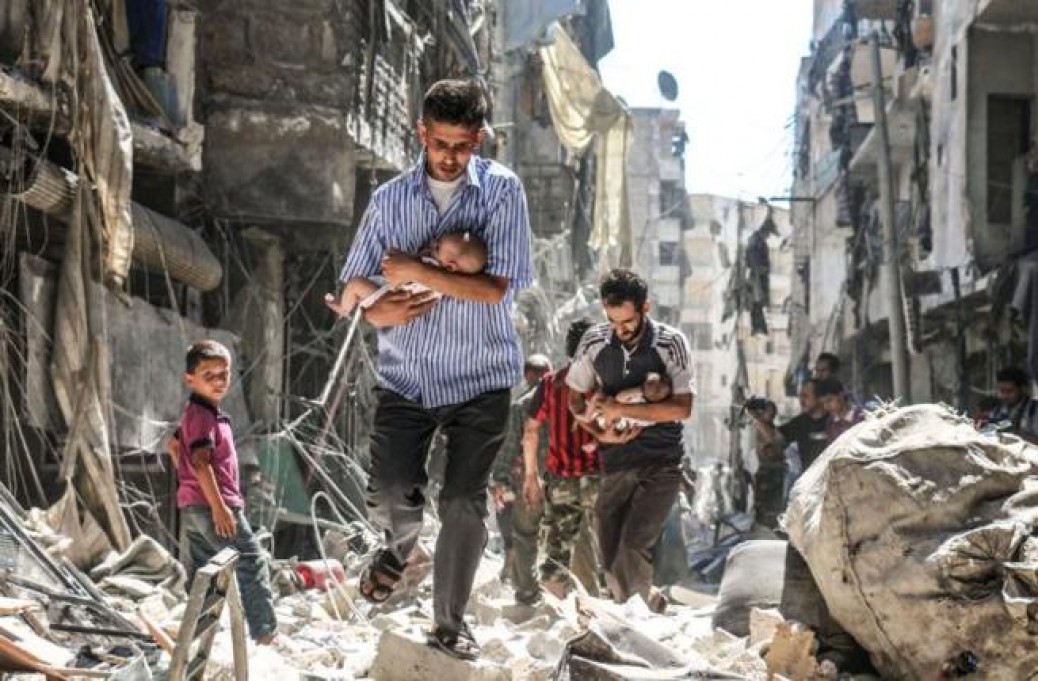 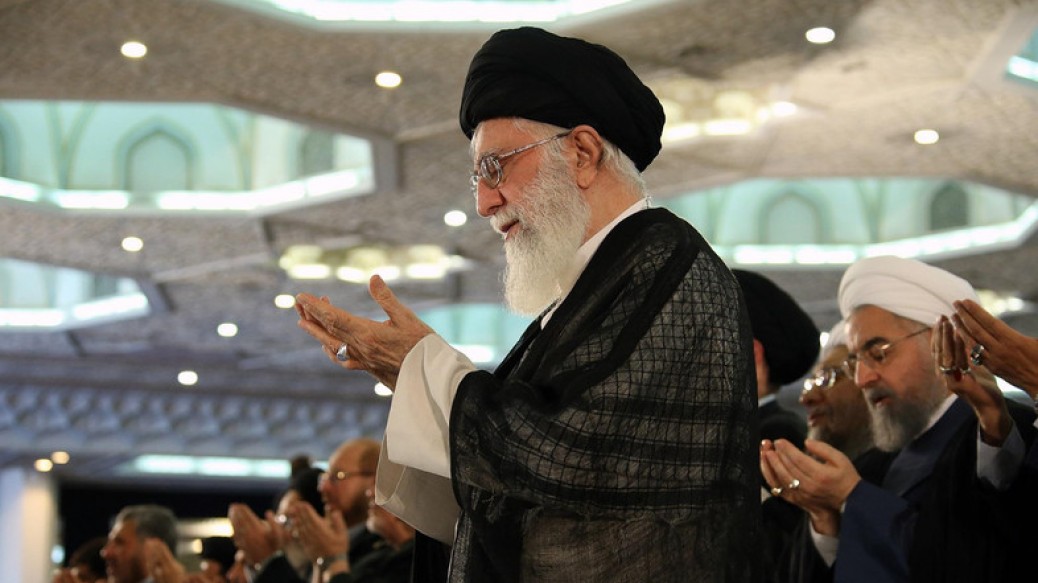 “I clearly declare that the US president, the French president and the UK’s prime minister are criminals and have committed a crime.”

Leader of the Islamic Revolution Ayatollah Seyyed Ali Khamenei has condemned joint airstrikes by the US, the UK and France on Syria as “crime,” describing the leaders of the three Western states as “criminals.” The three countries, Ayatollah Khamenei said, “will achieve nothing and make no benefit, as they have been in Iraq, Syria and Afghanistan in the past few years, and committed such crimes but have not profited from them.” Ayatollah Khamenei was reacting to a coordinated missile attack by the US, Britain and France on Syria in the early hours of Saturday over an alleged chemical attack in the Damascus suburb last week. Earlier, Iran’s Foreign Minister strongly condemned the strikes as a violation of international law, warning against the repercussions of such an act of aggression against an independent country.

“The aggression is a flagrant violation of international law and a disregard of Syria’s right to national sovereignty and territorial integrity,” the Iranian Foreign Ministry said in statement released on Saturday. “Based on religious, legal and ethical regulations, Iran opposes any use of chemical weapons, but at the same time, strongly rejects and condemns the fabrication of excuses to invade an independent country,” the statement read. Iran also held the US and its allies accountable for the regional and extra-regional consequences of the military attack that launched against Syria “without any evidence or proven document” to verify their claims of a chemical attack by Damascus. The statement further called on international organizations and bodies to firmly condemn the “arbitrary and unilateral” military attacks against a United Nations member state, which run contrary to international regulations and the UN Charter. Iran “roundly condemns” such acts of aggression, which undermine global peace and strengthens terrorism and extremism in the region, said the statement. Syria came under attack one week after a suspected chemical weapons attack hit the Syrian town of Douma near Damascus.

Western countries blamed the incident on the Syrian government, but Damascus rejected the accusations as “chemical fabrications” made by the terrorists themselves in a bid to halt pro-government forces’ advances. The fresh strikes by the US marked the second time that President Donald Trump has authorized attacks on Syria. He had ordered a missile strike against Shayrat Airbase in Syria’s Homs Province on April 7, 2017. He claimed back then that the air field had been the origin of a suspected sarin gas attack on the town of Khan Shaykhun in Syria’s Idlib Province on April 4, 2017. Elsewhere in its statement, the Iranian Foreign Ministry said that both military attacks on Syria came after terrorists faced defeats in Aleppo and Eastern Ghouta, respectively. It also stressed that the Syrian nation will foil the conspiracies meant to change equations on the ground in favor of the terrorists.

Analyst Hossein Sheikholeslam, a former Iranian Ambassador to Damascus, told state television the attacks would help unite Syrians behind the government. “These attacks will stabilize the Syrian government… and unite the different tribes in Syria as Syrians become aware of their honor and come to the defense of the independence, territorial integrity and the government of their country,” Sheikholeslam said. IRGC warns US of fallout The Islamic Revolution Guards Corps (IRGC) said that the tripartite attack on Syria will fail to weaken the resistance front, but rather reinforce it in the face of interventionist measures. “The Americans should wait for the consequences of their moves,” IRGC’s Deputy Commander for Political Affairs Brigadier General Yadollah Javani told Fars news agency. They “imagine they can change the situation on the ground in Syria with such measures, but it will not happen definitely,” he added. Such attacks are to the detriment of the US and will only complicate the situation, Javani said, noting that Washington is “responsible for the future consequences of the regional developments that will follow.” “If the Americans think that with the Ale Saud money they can lessen the damage [suffered] and continue their interventionist moves, they are certainly wrong and such moves pave the way for the US to suffer harm in the future.” Hezbollah praises Syrian response Lebanese’s Hezbollah resistance movement also sharply condemned the barrage of US, French and British air strikes on Syria, praising the Arab neighbor’s air defense for confronting the missile attacks. “America’s war against Syria, and against the region’s peoples and resistance movement, will not achieve its aims,” Hezbollah said in a statement. The resistance movement has been helping the Syrian army on the battlefield against foreign-backed terrorists.